20 Questions With Damian Lazarus: The Crosstown Rebels Boss on the Sense of Foreboding That Informed His New LP 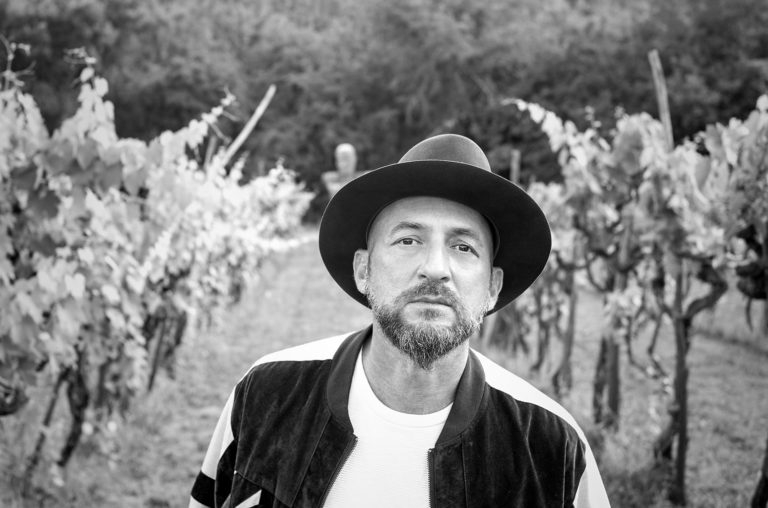 Damian Lazarus is aware that we're living in unprecedented times.

Already uneasy about what he calls "a general feeling that the planet is occupied in the main by idiots," his worries about the fate of humanity and the planet itself were exacerbated when the pandemic struck, winnowing his touring schedule down from a standard 150 shows a year to precisely nothing. He had, suddenly, a lot of time to think.

With his family, Lazarus holed up in the Italian countryside, where he contemplated the existential questions that would eventually inform his new album, Flourish. Out tomorrow (September 18) via Lazarus' own Crosstown Rebels label and Diplo's Higher Ground imprint, the LP is his first solo album since his 2009 debut, Smoke the Monsters Out. The project is also Higher Ground's first artist album release, with Lazarus and Diplo first linking a dozen years ago in Los Angeles, and reconnecting on the project after Diplo spent a night on the dancefloor at one of Lazarus' parties in Mexico.

In the 11 years between his two solo albums, Lazarus has become a leading trendsetter on the global dance circuit, both via the smart output of Crosstown Rebels and his signature Get Lost and Day Zero events. Happening in early January annually in Tulum, Mexico, last September this latter party expanded to Israel with tremendous success. Attendees will remember (and likely never forget) Lazarus playing "Also sprach Zarathustra" from 2001: A Space Odyssey, as the sun rose over the Dead Sea and red roses were passed throughout the crowd.

This type of attentive whimsy that has defined Lazarus' brand is present throughout Flourish, which balances jazz-inspired ambient-leaning tracks with spoken word moments and hypnotic dancefloor weapons -- even if that dancefloor is just your living room.

Here, Lazarus discusses his London origins, his new album and how he stays sane in the face of our often brutal collective reality.

1. Where are you in the world right now, and what's the setting like?

It’s 9 a.m. in Troia, Portugal, and I'm on my hotel bed with my 4 year and my 2 year old. One is playing a learning game on my phone, and the other is watching kids drive tractors on my girlfriend's phone. We’ve come here to give the kids a short break from the mundanity of the last six months, and we are killing time before going dolphin watching later today. Its also my birthday, and I’m starting the day answering these questions -- which serves me right for releasing an album a week after my birthday.

2. What is the first album or piece of music you bought for yourself, and what was the medium?

It was A Brazilian Love Affair by George Duke on vinyl. I was very young, but listening to pretty cool music. I used to read a magazine called Blues & Soul, and that was my bible -- that and listening to pirate radio in London.

My mum worked in movies. She was an extra, mainly working in crowd scenes, but she had a few small speaking parts. She was in movies like Oliver!, Chitty Chitty Bang Bang, and a couple of cool movies like The Devils and Billion Dollar Brain. These days she is very proud of me. There was some trepidation at first when I started, but she always supported my dreams.

4. What was the first song you ever made?

I don't remember the title, but it was the first track I made with a producer called Kumo (Jono Podmore). I called myself Pantone 666; it was a hybrid drum and bass track with a bunch of weird, spooky samples. It was never released but I have a dubplate/acetate of it home.

5. If you had to recommend one album for someone looking to get into electronic music, what would you give them?

6. What’s the first thing you bought for yourself when you started making money as an artist?

7. What's the best advice you've ever been given?

8. What’s one song you wish you had produced?

9. It's been 11 years since your last solo album. In what key ways have you evolved as an artist and human since Smoke The Monster Out?

Musically I've understood that less is more and to listen to the quiet moments and cherish them. As a human, I’m not sure where to start, I like to think I learn and grow with every passing day.

10. What’s distinctive about the place you grew up, and how did it shape you?

I grew up in East London. People from that part of the city are generally pretty street-wise and a little cocky. I think it gave me a slight edge, not necessarily arrogant, but confident. In later years when I was working in the same area for Dazed & Confused magazine in Shoreditch and making parties there, I felt I could justify my existence -- in that I’d grown with the city, and seen, experienced and had some kind of small role in these changes and developments.

When I was a teenager I went to the DMC DJ Mixing championship at Wembley Arena. I saw Public Enemy, Mantronix and a bunch of amazing live acts. The atmosphere was incredible, and it showed me how different artists can work together on a stage, like a festival. Around the same time I went to a bunch of clubs in London like the Wag, the Brain and Bagleys, which opened my eyes and ears to rave culture.


12. It sounds like you were contemplating some pretty major, and fairly bleak, existential questions while you were making Flourish. Was there a moment you felt particularly low about the state of the world?

Very much so. I don't want to get too depressive talking too much about this, but the state of the world is a constant concern. Things continually going from bad to worse, a major lack of coherent and fair global leadership, social media out of control and the general feeling that the planet is occupied in the main by idiots. I was having serious doubts about the future of this place for my kids, and I had a general sense of foreboding.

13. How did working on this album both transform your thought processes and lift your spirits -- or did it?

From the dark basslines, edgy breakbeats and existential thoughts, I started to feel a little light at the end of the tunnel. The realization that with every shit day that passes, the sun will rise the following morning and herald the beginning of a new day and the chance to correct the wrongs of yesterday. I think the moment I started to write “Into the Sun” was the turning point. That track was initially going to be called “Flourish” but then I realized how strong that word could be for the whole album, and things started to look better on the horizon from there.

14. Between climate change, COVID, political unrest, inequality, etc, how do you keep a positive outlook for the future. Or do you?

I’ve felt for a while that the world needs to hit the reset button, and all these major issues we are facing now are simply the means to an end to enable us to save ourselves, each other and this planet. We have to go through all this bullshit in order to understand, learn, correct wrongs and envisage and fight for a future worth believing in.

15. How do you balance the electronic scene's inherent escapism with a sense of social responsibility and awareness. Can they be one and the same? How does one party in a socially responsible way?

Good question! I actually think that escapism is the key to this. I’m not sure there is that much escapism any more. Clubs and events have become too controlled and monitored, drug taking has become too dangerous and unexciting, music has become too stale and obvious.

As a result of this, negative things are happening on and around the dancefloor. We need a fresh start, new ideas, collective positive thinking and planning, new passion for music. These are the things I work hard to visualize and produce when creating my Day Zero and Get Lost events.

I first met Wes when I moved to L.A. in 2008. He was living and working with Dave Switch at that time. He was truly impressive. A couple of years ago he called and told me he was on the dancefloor for one of my sets at a party in Tulum and that he loved what he heard. Since then we’ve linked up, played together and hung out.

I invited him to play at Get Lost Miami, and when I finished this new album I sent it to him literally just to get his thoughts on it, the following morning he asked me if I’d like it to be the first artist album release on Higher Ground. I like the connection between Crosstown and Higher Ground, it feels kind of symbiotic.

17. Obviously we're in the midst of a weird, challenging moment. Is there anything happening within the electronic music landscape right now that's particularly exciting to you?

Not really. Whilst I’m partaking in the odd livestream, I see it as an extension of an audio DJ mix with an opportunity to personalize it more. I understand that VR and gaming is said to be "coming to the rescue” for us, but let's face it, you cannot replicate the feeling of collective unison on the dancefloor with like minded people.

I’ve been rediscovering my drum & bass roots and have signed the legend DJ Krust from Bristol to Crosstown Rebels. This has opened the door for new interesting angles for electronic music for me, so we will see where that takes us. I am also in the process of launching a brand new label which will focus more on downtempo and experimental music. On saying this, I am fully committed to dance and club music as always and I'm plotting releases and ideas for 2021.

18. Your Day Zero party in Tulum is a legendary event to start the year. Given that it probably can't happen this year, what will you be doing instead in January?

You would think that is won’t happen, but the local politicians have told us they want the area open for business in January, so we are still discussing possibilities. If you asked me today, “Is it happening?” I would say, "For sure no.” But we are four months away so the door is ever so slightly open. If there is a possibility to start fresh in the new year, I cant think of a better way to do it than at Day Zero. But clearly only if it is safe to do so.

19. Peak electronic music experiences are often described as "spiritual" or "religious." Is there anything you consciously do with your music and your live shows to help audiences (and yourself) achieve this state?

A magician never reveals his secrets.

20. One piece of advice you'd give to your younger self?

Whatever you do, do it with love.

About the author: Katie Bain Contributor