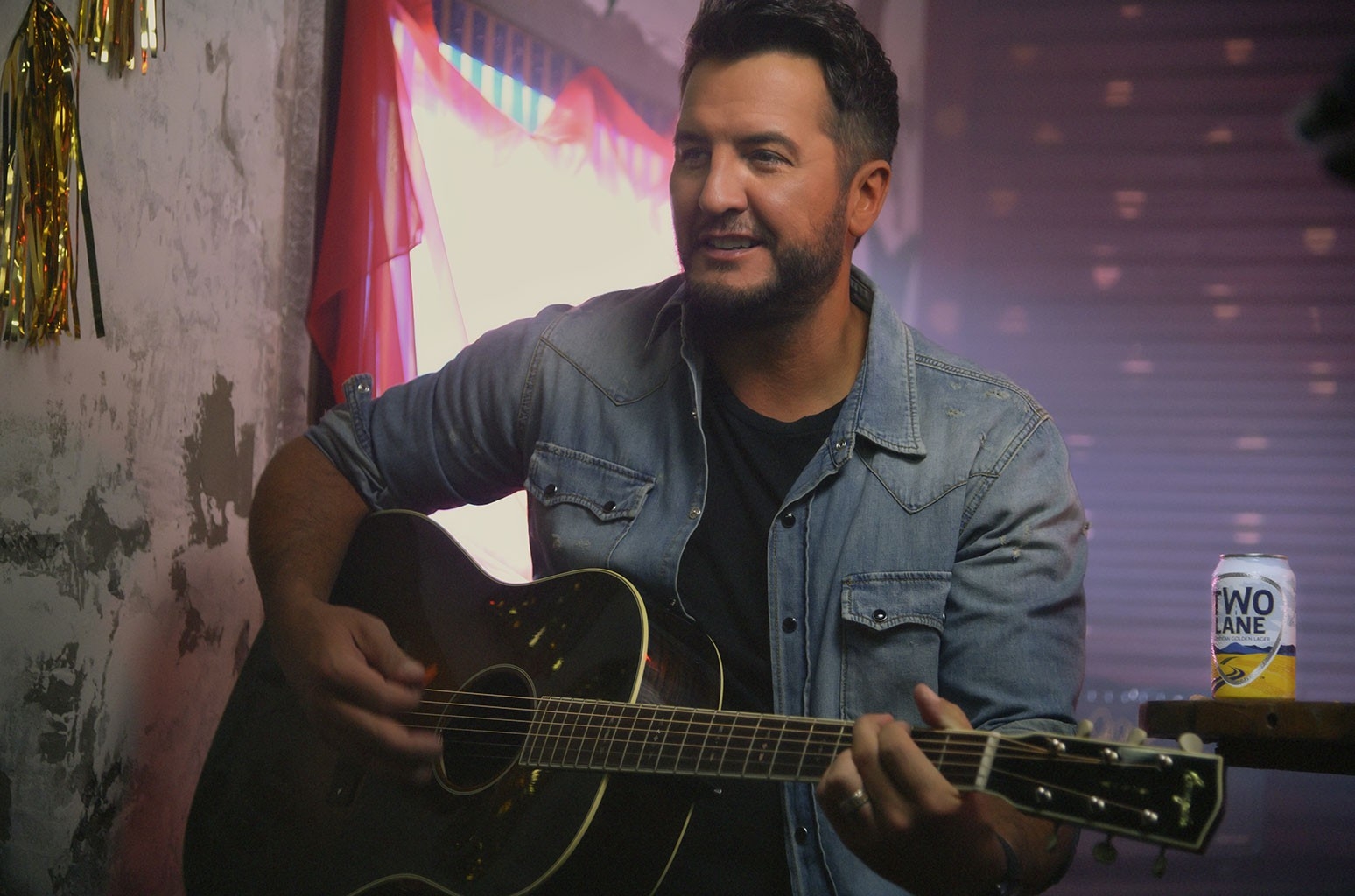 First Country is a compilation of the best new country songs, videos and albums that dropped this week.
Luke Bryan, “Down To One”

Bryan’s fourth single from his No. 1 album, Born Here, Live Here, Die Here, is a percussion-and synth-driven mid-tempo charmer about falling in love and realizing that as you’re swept off your feet by The One, you are down to the one last hand you’ll ever hold. It's sure to be the backdrop to thousands of proposals down the road.

Brice is still sitting atop the Billboard Country Airplay chart with "One of Them Girls," but he's back with the next single from his Nov. 20 album, Hey World.  The ballad captures what Brice does best: cast a bittersweet shadow. Here, he's reflecting about a past love after he runs into her, but he knows it's a treacherous endeavor because with one slip, he's down a rabbit hole. It's not quite as dramatic as "More Than a Memory," the 2007 hit he wrote for Garth Brooks, but the emotions run similarly deep.

Dickerson, whose new album comes out Dec. 4, delivers this rollicking stomp praising things he never tires of, including “whiskey, wine and gold,” watching old Friends reruns in bed and, of course, having his love to hold. A sizzling guitar solo and spirited delivery that demands a sing-along ensure this will be a concert favorite once it’s safe to play in front of audiences again.

Tanya Tucker, Live From The Troubadour

Treasured country veteran Tanya Tucker shows why she won two Grammys earlier this year for her Brandi Carlile/Shooter Jennings-produced While I’m Livin’ album, with this live collection from her show at the famed West Hollywood hotspot last fall. The concert spans Tucker’s career, including a six-minute version of her first hit, 1972’s “Delta Dawn” (intro’d with “Amazing Grace”) through “Bring My Flowers Now” from Livin’. Her warm, raspy vocals also shine on a medley of Bruce Springsteen’s “I’m on Fire” and Johnny Cash’s “Ring of Fire.”

Fans already know there’s no style beyond Sturgill Simpson’s reach and the Kentucky native’s bluegrass roots run deep. Still, the way he recreates 20 songs from his catalog here is a welcome revelation, especially the juxtaposition of his often dark lyrics with the joyous, uplifting instrumentation on such songs as “Life Ain’t Fair and the World Is Mean,” and on a completely upended “Living the Dream.” Recorded during the pandemic, Simpson recruited the biggest names in bluegrass, including guitarist Tim O’Brien, fiddle player Stuart Duncan and mandolin player Sierra Hull, adding to the album’s sparkle. An unexpected, pure delight.

With a rat-a-tat, rapid-fire opening, “Martha Divine” never lets up. McBryde’s follow-up to “One Night Standards” makes that carnal song look like a sweet children’s fairy tale. Here, she plays a very possessive, perhaps slightly deranged daughter, who is taking on her father’s lover. “It ain’t murder if I bury you alive,” she menacingly sings in this murder ballad that is as fun as it is demented.

Matt Stell, Better Than That

Following his chart-topping debut single, “Pray For You,”Stell releases an 8-track EP, much of it he co-wrote, that shows off his versatility. Second single “Everywhere But On” is the flip-side to “Pray”: a song about a love gone wrong. He’s by turns playful on “If I Was a Bar,” romantic on “Look At Me Now” and slightly remorseful on the driving title track.

In this stirring video, we see empty schools, empty stadiums and empty streets, emblematic of the havoc the pandemic has wrought. Then we see thousands in Black Live Matter marches and other protests. “I’m just so heartbroken, disappointed in the way this world is coming unglued,” Guyton sings, as she pleas with God to rain down any Heaven he can spare on earth. She intersperses the dark tone with scenes of loving, joyous families, as well as absolutely beatific footage of the mama-to-be performing. A song for these times, to be sure.

McCollum has his first hit with “Pretty Heart,” but as this EP — his first since signing with MCA Nashville — shows, it’s unlikely to be his last. McCollum’s voice is twangy and strong, but it’s the Texan’s songwriting that really stands out. There’s nothing cookie-cutter about these songs: each tune stands as its own full story and feels completely authentic, even the Chris Stapleton-penned “Like A Cowboy.”  It's the one song on the EP that McCollum didn’t write but he convincingly plays the anti-hero, declaring, “I’m not a bad guy, but I’m not a good guy at heart.”

Runaway June, When I Think About Christmas

The women of country are totally ruling the holidays, between Christmas offerings from Carrie Underwood, Dolly Parton and nowRunaway June.  This five-track EP has a little something for everyone from the traditional "O Holy Night," contemporary secular classics like "Sleigh Ride" and "Let It Snow" and two fun originals including the infectious, bouncy "Christmas On the Radio" (co-written by "High Hopes" co-writer Sam Hollander).

Jaden Hamilton, “Ain’t That Something”

Teenage Tiktok sensation Jaden Hamilton delivers his mission statement with his four-track EP’s opening cut, “Found Myself in a Country Song,” but the stand out is the slow burn of “Long Night Letting Go,” where he and his love declare “we’re just bottle rockets in this fifth of July town.” It’s a laidback introduction to someone worth watching.

Faith, who signed an artist development deal with Altadena, the music company founded by the late songwriter/producer busbee, returns with this evocative, cinematic track. In contrast to the slew of recent songs that exalt small towns, Faith, who co-write the song, looks at the darker side of life in a little burg where secrets stay hidden, especially the misdeeds of the sheriff’s son. It’s a haunting, memorable song that demands your attention, as does her smoky, dusky delivery.

Tiera, “Found It In You”

Up-and-comer Tiera, a former contestant on USA’s Real Country, has signed with Nicolle Galyon’s female-focused publishing company Songs & Daughter, and this song, co-written with Cameron Bedell, shows her potential. The loping, easygoing track is an ode to finding the partner whose qualities complements your own.

Restless Road, “One Step Ahead”

The trio best known for “Take Me Home” with Kane Brown prove how thoughtful they are by letting their lover know they are anticipating, and taking care of, her every need on this sugary mid-tempo, harmony-laden track. “Don’t worry that pretty little mind” is a line that might not fly in 2020, but when it’s said so sweetly here, it’s hard to take offense. (If you really want to hear how gorgeous their harmonies are, check out this acoustic version of “It Ain’t Easy” from this summer).

About the author: Melinda Newman Contributor