Levi Zadoff And Dead Hendrix Team Up On “Dead Summer,” A Pop-Punk/Rap-Rock Chronicle Of Life And Loss During COVID-19

LOS ANGELES, CA – Just like the rest of the world, rising music stars Levi Zadoff and Dead Hendrix each experienced tremendous loss during the COVID-19 pandemic in different countries. When they met through social media, they knew they had to make a record of this era, as a tribute to the people we all lost and the trauma left behind. That’s the genesis of their collaborative EP “Dead Summer.”

A high-energy mashup of Zadoff’s pop-punk emo and Dead Hendrix’s rap-punk sounds, “Dead Summer” is a powerful elegy, channeling the stew of emotions left in the wake of the pandemic.

“Part of the passion behind this project was kind of coping and just making something so we didn’t have to just sit with it, and helping other people cope with their traumas during the pandemic by listening to the music. Because I think a lot of people just had to sit with the pain for the past year or so,” Zadoff says.

“Many of my friends died from drug overdose and suicide, and there were so many stories like that over just a year and a half. So, you’re dealing with the metaphorical death of summer because nothing’s happening, but you’re also dealing with deaths of friends and family.”

Zadoff says the track he’s most proud of is “Love Game,” a power-pop emo breakup anthem that encapsulates the anxiety and cabin fever vibes of the lockdown era. The duo take turns dropping verses, with Dead Hendrix chanting the refrain “trapped in my mind like I’m snowed in, I been going crazy like I’m Cobain,” while Zadoff drops verses that cycle through escalating relationship insecurities.

The overall effect is both rousing and claustrophobic – an anxious feeling anyone who lived through the lockdowns will remember. Zadoff describes it as “being trapped in your own head and wanting to let it out.”

Ironically, Zadoff and Dead Hendrix’s collaboration might never have happened if not for the lockdowns.

Zadoff, a 21-year-old Los Angeles native whose 2020 rap album “Welcome Back, Golden Boy” has had more than 10 million streams on Soundcloud, was looking for collaborators to try out his new pop-punk sound. He came across 20-year-old Ottawa, Canada rap-rocker Dead Hendrix, born Gavin Pratt, on Snapchat and was impressed by his musical talent.

“I just saw him dancing around to his own music asking people very humbly to check it out,” Zadoff says. “Physically he just looked like he didn’t give a fuck. His music was passionate and right to the point and just objectively good.”

Due to the lockdowns, they couldn’t meet in person, but they were able to collaborate through Zoom.

“It’s been entirely an online venture, which has been kind of magical. We’ve been able to do everything remotely, without ever seeing each other in person,” Zadoff says.

For Dead Hendrix, the collaboration has pushed him to level up his sound and grow as an artist.

“It’s the perfect blend of melody, edge, counterculture, and relevance. I think, finally, with Levi, I am making the music I have envisioned since I was 13,” Dead Hendrix says.

“The Dead Summer EP is the closest thing so far to my musical aspirations coming to life. If I heard this project when I was first getting into music I would have fallen in love.”

Though Dead Summer is a musical departure for both artists, Zadoff says fans of his earlier rap albums are coming along for the ride.

“The fans see my growth and are really appreciative of the fact that I’m going into this genre. I see tons of videos that people send me where they’re singing along to our songs and it’s awesome,” Zadoff says.

But Zadoff says neither he nor Dead Hendrix is in this for the fame.

“I really see this project having a good impact on people on an individual level. I can see this album being something you talk about to your kids when you’re older. Like, ‘You wanna know what this pandemic was like?’” he says. “I don’t think the goal is to be famous but to make music to be remembered by.”

With the end of lockdowns, Zadoff and Dead Hendrix hope to meet soon to tour California and Canada. Dead Hendrix also has plans to release additional solo singles later in 2022.

Make sure to stay connected to Levi Zadoff and Dead Hendrix on all platforms for new music, videos, and social posts. 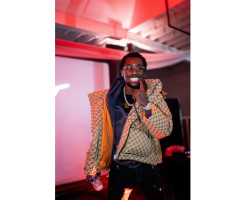 Zayzayy Uses Music As An Outlet For Emotions Born From Struggle, Growth And Triumph 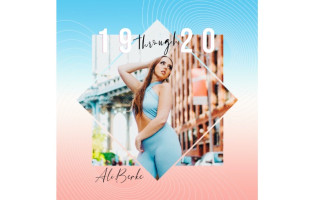 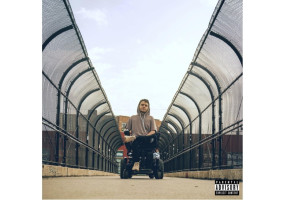