How Chance the Rapper Turned Down Leading Labels, Then Teamed With Apple Music 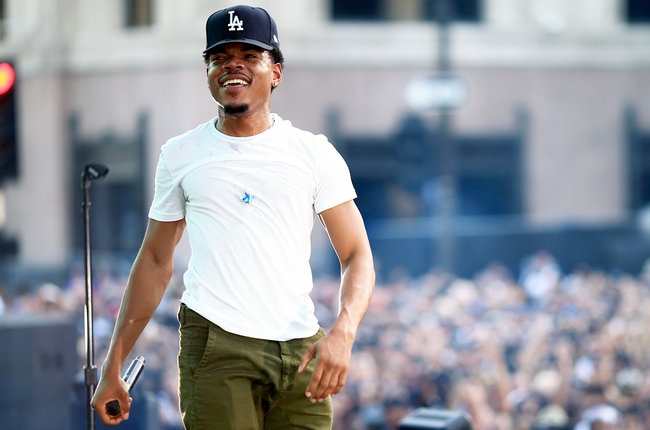 For Chance the Rapper, the journey from releasing his debut mixtape, 10 Day, to appearing on the cover of Billboard's New Pioneers issue as one of the music industry's most fearless and innovative disrupters took just over four years. Here’s the story, reported by Ben Austen, of how Chance and his manager, 26-year-old Pat Corcoran, began that process in a Chicago-area Hooters back in April 2012, just as 10 Day dropped.

Book it: Starlight's Press Release for Up and Coming Artists

At the time, Chance was still in high school and Corcoran was a student at DePaul University spending his time setting up shows for local rap-rock-jazz collective Kids These Days, which included Vic Mensa and Nico Segal, aka Donnie Trumpetof the Social Experiment. The two were new to the label business, which resulted in a quick learning curve when 10 Day started catching attention; by June, two months after the mixtape's release, the phone started ringing.

"Sylvia Rhone, who was starting a new label [Vested In Culture, under the Epic Records umbrella], was the first person to reach out," Corcoran says. "She offered us a deal, and we were so stoked. But my mentality was 'We’re just learning about all this.'"

That patience meant more meetings, especially as Chance's reputation in Chicago began growing as both an artist and performer. Corcoran says he and Chance met with "pretty much every major label and a few indies," listing John Janick at Universal, L.A. Reid at Sony, Ashley Newton at Columbia and Jody Gerson, then still at Sony/ATV. The plan, at first, was to sign a record deal. But while they considered offers, Chance's career started picking up quickly: He sold out a 500-cap venue in Chicago and was invited on the road with Childish Gambino, ultimately deciding that any decision could wait.

"As we went along, we learned on the fly about how deals actually work," Corcoran says. "And we discovered going with a label wasn’t for us."

By the time Chance dropped his second mixtape, Acid Rap, in late April 2013, he was one of the most sought-after emerging rappers in the game. But he also had decided he didn't need a label at all to put out and distribute his music for free, a choice bolstered by fan reaction to his sets opening up for Mac Miller that spring: "The kids knew all the words to my songs," says Chance.

When it came time to talk about his third solo project, the May 2016 release Coloring Book, Chance's independence had become a badge of honor, a signature of his brand shoulder-to-shoulder with his dedication to helping the youth in Chicago. In order to get the music to as many people as possible, Chance and Corcoran looked at the changing industry landscape around them.

"There was this big discussion about how to put out Coloring Book: 'What’s the best platform? Who is going to give us the most firepower?'" Corcoran says. "I spoke with everyone -- Spotify, Tidal, Apple Music, even Audiomack -- and it came down to, 'What is going to put us in the best position for the most people to hear it?'"

Coloring Book was eventually released as a streaming-only, two-week exclusive on Apple Music, before going wide to other streaming services, making history as the first-ever album to debut on the Billboard 200 chart (at No. 8) based entirely on streams. Along the way, he's eschewed the traditional sales/download model of selling music, earning money instead from tours, merchandise, meet-and-greets, and his deals with Apple and other companies (Bud Light and Citibank are sponsors of his upcoming Magnificent Coloring Day festival).

“It’s not about the music being free. It’s about how it is displayed and made accessible and about artistic power,” Chance explains. “It was always about the artist-to-fan relationship.”