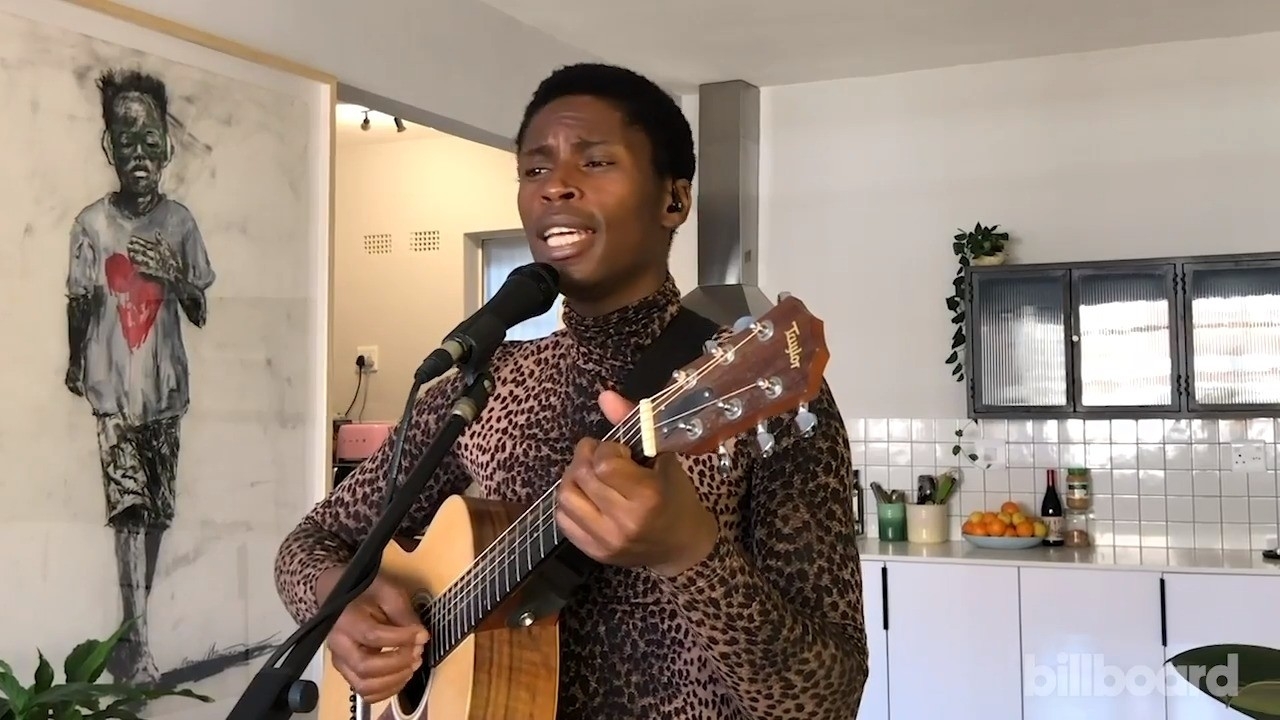 Performing in his kitchen, Bongeziwe (real name Bongeziwe Mabandla) whipped up a mini-set featuring songs from his latest album iimini that he released in March. Despite his snazzy 'fit of a cheetah-print turtleneck and black trousers, he leaped right into the tender topic of love that made for a rather solemn concert.

"This song is about the end of love," he said while introducing the first song "isiphelo" that he played on his acoustic guitar as the pulsating percussion streamed from his laptop. Bongeziwe followed it up with "khangela," which is one of his favorite songs off the new LP and "a song that so many people relate to... about looking for love and loneliness."

He pulled on listeners' heartstrings the way he plucked his guitar and bellowed the song's title in his native Xhosa tongue, which translates to "look" in English. Viewers can look at him, whether they understand Xhosa, and channel his despair and desire for someone right through the screen that connects them from thousands of miles apart.