Every Verzuz Battle So Far, Ranked 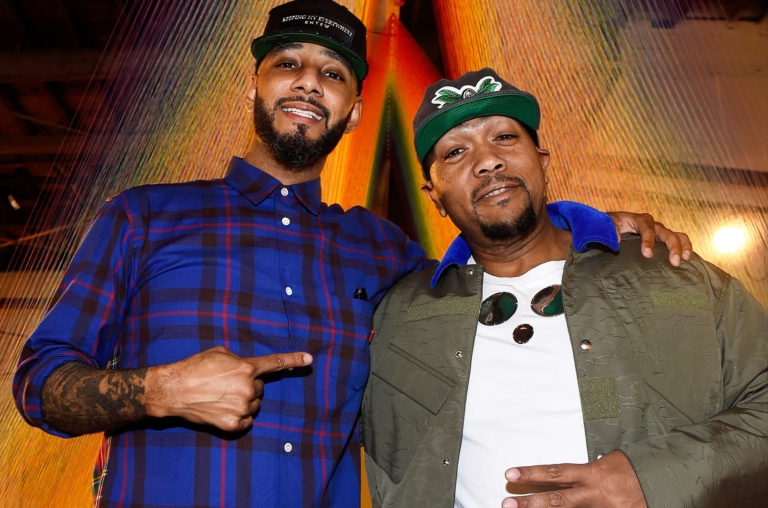 For the last two-plus months, few things have kept us from going totally stir crazy as much as the Verzuz Instagram battle series, co-helmed by legendary hip-hop producers Swizz Beatz and Timbaland.

Starting as a 20-song showdown between evenly matched producers, the series has also come to encompass writers and now performers, as hip-hop and R&B fans have been glued to their IG feeds on countless weekend nights to watch the drama and bangers unfold. And while we've enjoyed all of them so far -- with plenty more still to come, including two this Memorial Day Weekend -- some have inevitably packed more fun, intrigue, good vibes and nostalgia than others.

Here is how Billboard ranks the 10 Verzuz battles so far.

A battle of grossly underrated 2000s producers -- with Storch taking home the W, courtesy of his mega-hits such as Fat Joe's "Lean Back" and Eve's "Let Me Blow Ya Mind" -- though a little less hi-octane than some of the showdowns to come.

Blame some storm clouds over St. Louis for Nelly's iffy Internet connection at the start of his much-ballyhooed showdown with Ludacris, but when Nelly's WiFi improved, this battle became the showcase of five-star early-00s rap singles that was promised. Luda ultimately emerged as the people's champ and more affable representative of the time period.

The only Verzuz installment thus far where the technical difficulties necessitated an outright postponement -- though the event is arguably more legendary now for those Saturday night memes of a frustrated, elaborately dressed Riley than anything that happened during the (still extremely enjoyable, if also issue-plagued) proper Monday night battle.

The two titans delivered an elegant touch to their R&B songwriting masterclass, even elevating their trash-talk for the affair (Meme of the night, appropriately, was Johnta’s wine glass toasts.) Chris Brown, Mario and Ne-Yo songs represented the gentlemen well, but the ladies’ faceoffs covered a who’s who of R&B’s last 20 years: Aaliyah, Mary J. Blige, Jennifer Hudson, Toni Braxton, Rihanna, and Mariah Carey vs. Beyoncé for the final round? Come on.

A flurry of unreleased gems came out of his fun matchup. From Boi-ida previewing his Drake and Roddy Ricch's championship-sounding track to Big Sean giving Hit-Boy the OK to unleash his Nipsey Hussle collaboration, it was a gratifying night for rap fans.

Though Garrett started on the wrong foot with his cockiness and errant missteps, his down-the-stretch comeback and the overall drama of the showdown propelled this battle into top-five territory on our list.

Swizz Beatz and Timbaland laid the blueprint for what a competitive yet celebratory beat battle should look like before their VERZUZ series took off in March. Swizz jabbed with Ruff Ryder and Hov classics from the vault, while Timbo countered by leaning on the eccentric sound he pushed into the mainstream behind the likes of legends such as the late Aaliyah and Missy Elliott.

A fantastically fun night of '00s bangers, with viewers around the country being brought back to their teenage party years, and the chemistry electric between the two writer-producer-performers. Only held back by some unfortunate moments of conspiracy theorizing by Lil Jon, offered much to his rival's consternation.

Two of hip-hop's finest architects impressed a packed IG Live crowd of hip-hop legends and longtime fans with their legendary tracks and untold stories. Preemo and RZA might not have been the glossiest matchup for the new generation, but their '90s classics were too undeniable for any true rap purists to ignore.

Going down the night before Mother's Day, this showdown between the two neo-soul titans was simply a pure celebration of music and culture. Without most of the technical difficulties that plagued past events, the showdown was able to maintain a relaxed vibe that fed off the positive energy of its two participants -- and though it was still technically a "battle," it was clearly all love between Scott and Badu, as well as the nearly 750k viewers watching at its peak.