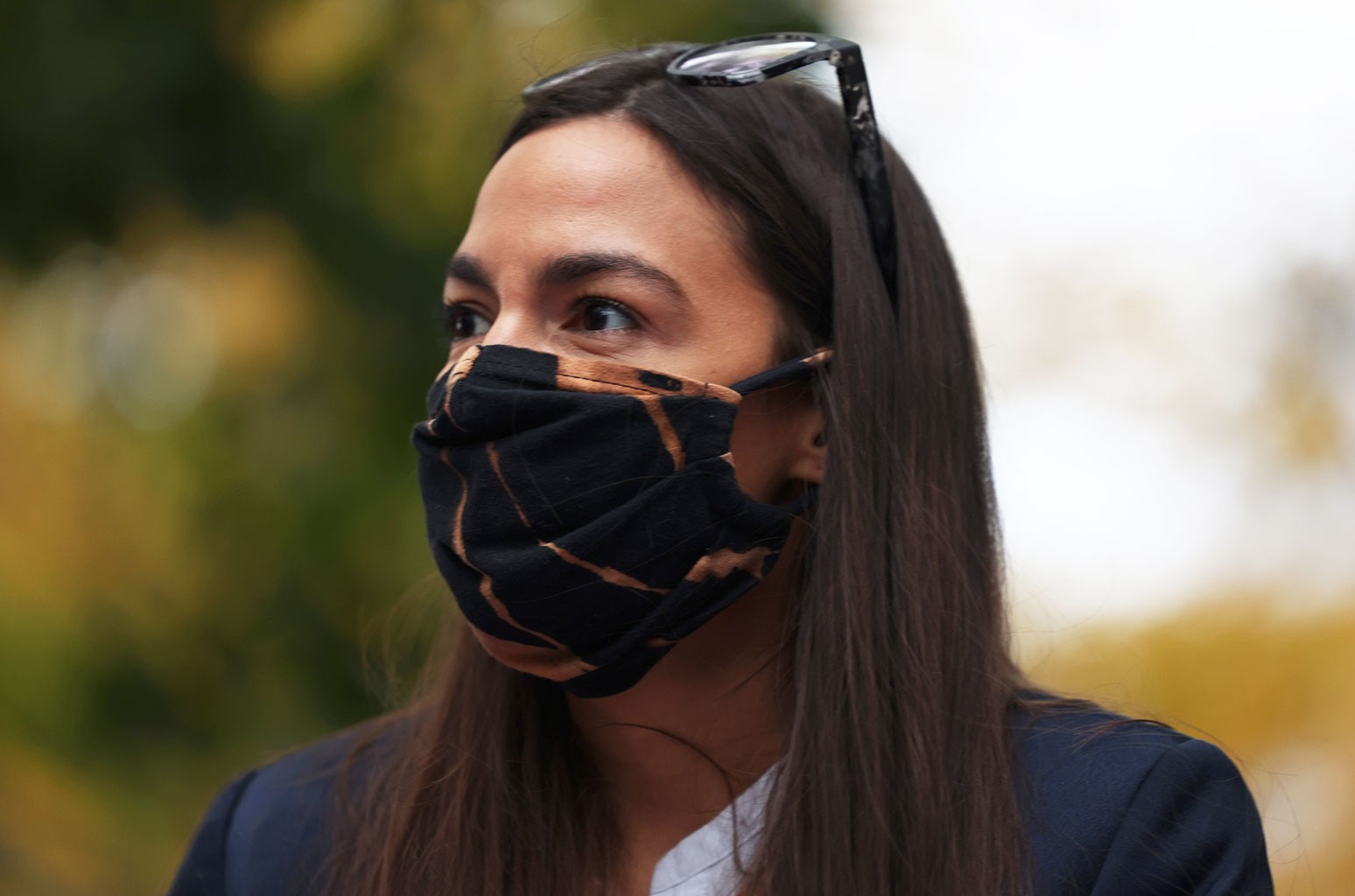 Rep. Alexandria Ocasio-Cortez knows what it feels like to be criticized for a magazine cover, so she reached out to Harry Styles over the weekend to tell him not to sweat the Vogue blowback.

The outspoken congresswoman -- who recently faced backlash over an expensive loaner suit she wore on the cover of Vanity Fair -- took to her Instagram Stories to take questions from her followers and offer up her take on the tempest in a teacup over Styles wearing a dress on the cover of Vogue.

“The masculine and feminine elements are balanced beautifully,” AOC said during the chat according to reports. “The hair and jacket styling give me James Dean vibes too."

The Congresswoman was thereby hitting back at conservative commentators such as Candace Owens, who tweeted that society should "bring back manly men" as she slammed Styles' outfits for the first male-only cover shoot as part of the "steady feminization of our men."

AOC said Harry looked "wonderful" in the shoot that continued his joy-filled experiment with blurring gender lines in fashion.

"Some people are mad at it [because] some folks are very sensitive to examining and exploring gender roles in society,” she added. “Perhaps for some people it provokes some anger or insecurity around masculinity/femininity/etc. If it does, then maybe that’s part of the point. Sit with that reaction and think about it, examine it, explore it, engage it and grow with it."

After all, said AOC, what's the point of creating art if it doesn't make people think, feel or reflect? "Especially as an artist or creative? Who wants to see the same things all the time?" she said. "And never explore their assumptions?... Anyway, it looks bomb."

A lot of other celebs, and Harry's mum, agreed with AOC, with everyone from Sara Bareilles to Olivia Wilde, Elijah Wood, Kathy Griffin and others posting praise for the singer for once again pointing out that strictly defined, traditional gender roles are merely a social construct.

Check out AOC's Instagram Story about the matter below.

About the author: Gil Kaufman Contributor