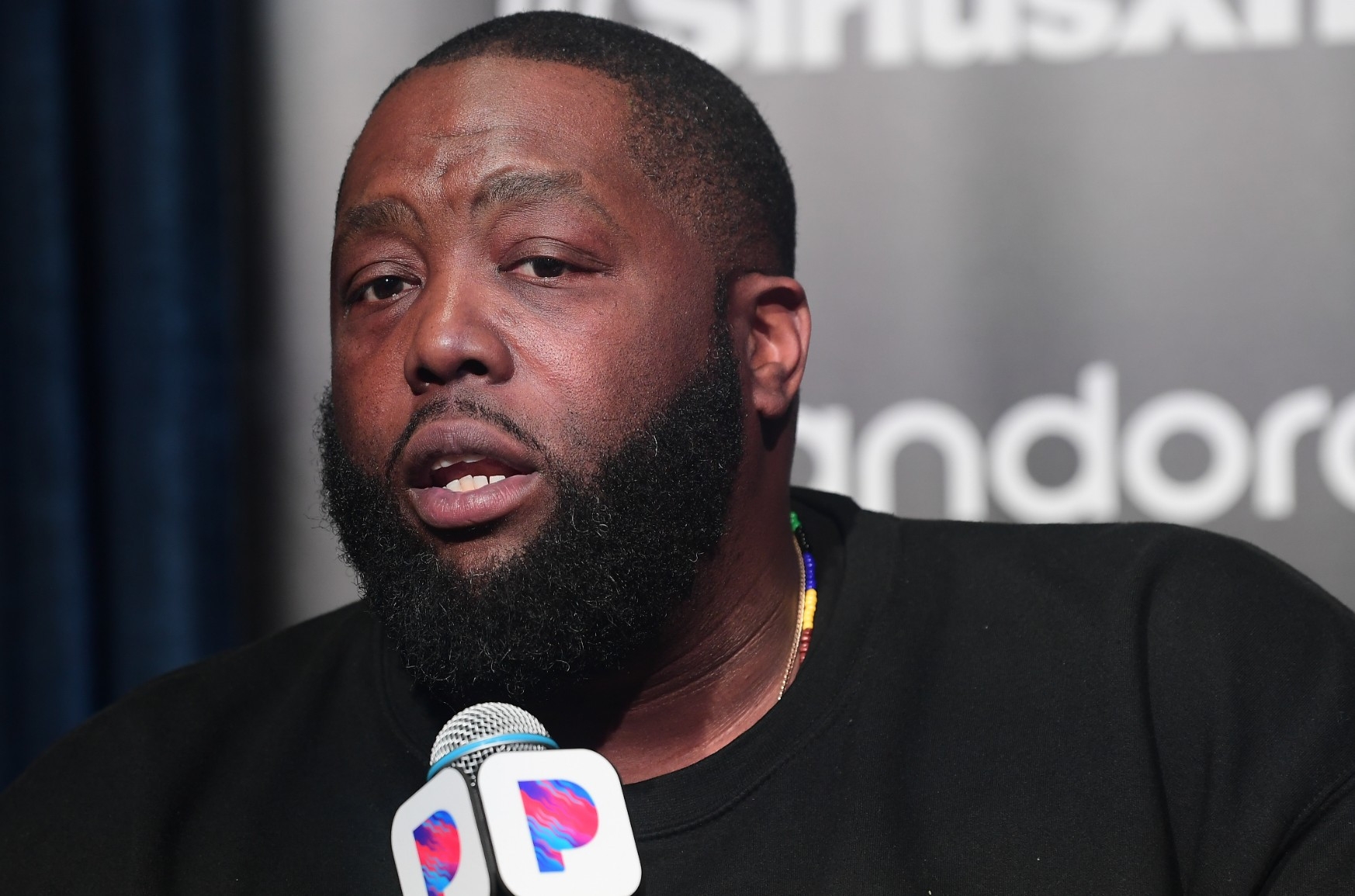 Killer Mike addressed those responsible for shooting his SWAG Shop barbershop in South Fulton, Ga., on Saturday night, which left no one injured.

The Run the Jewels rapper was in the recording booth at around 1 a.m. when he received word of stray bullets hitting his original barbershop, which the Atlanta Journal-Constitution reported was closed for renovations. In a lengthy Instagram post, which included photos that captured the resulting physical damage, Mike clarified that he didn't feel upset "as property can be replaced" and didn't believe it had been a personal attack. He extended his apologies to his customers, who will have to wait longer to return, and gave some advice to those responsible for the shooting.

"I wanna say to the brothers tho. Please consider what would have happened if one of y’all actually hit one another. The jail, the lawyer fees, the funeral cost and two black families loss," he wrote. "I’m glad y’all cud not hit the side of a barn with a shot gun cuz this am y’all all are alive."

"Upon arrival, several businesses and vehicles appeared to have been struck by gunfire. There were no reported injuries from this incident," police spokesman Lt. Jubal Rogers said, while adding there were no suspects in custody Monday.