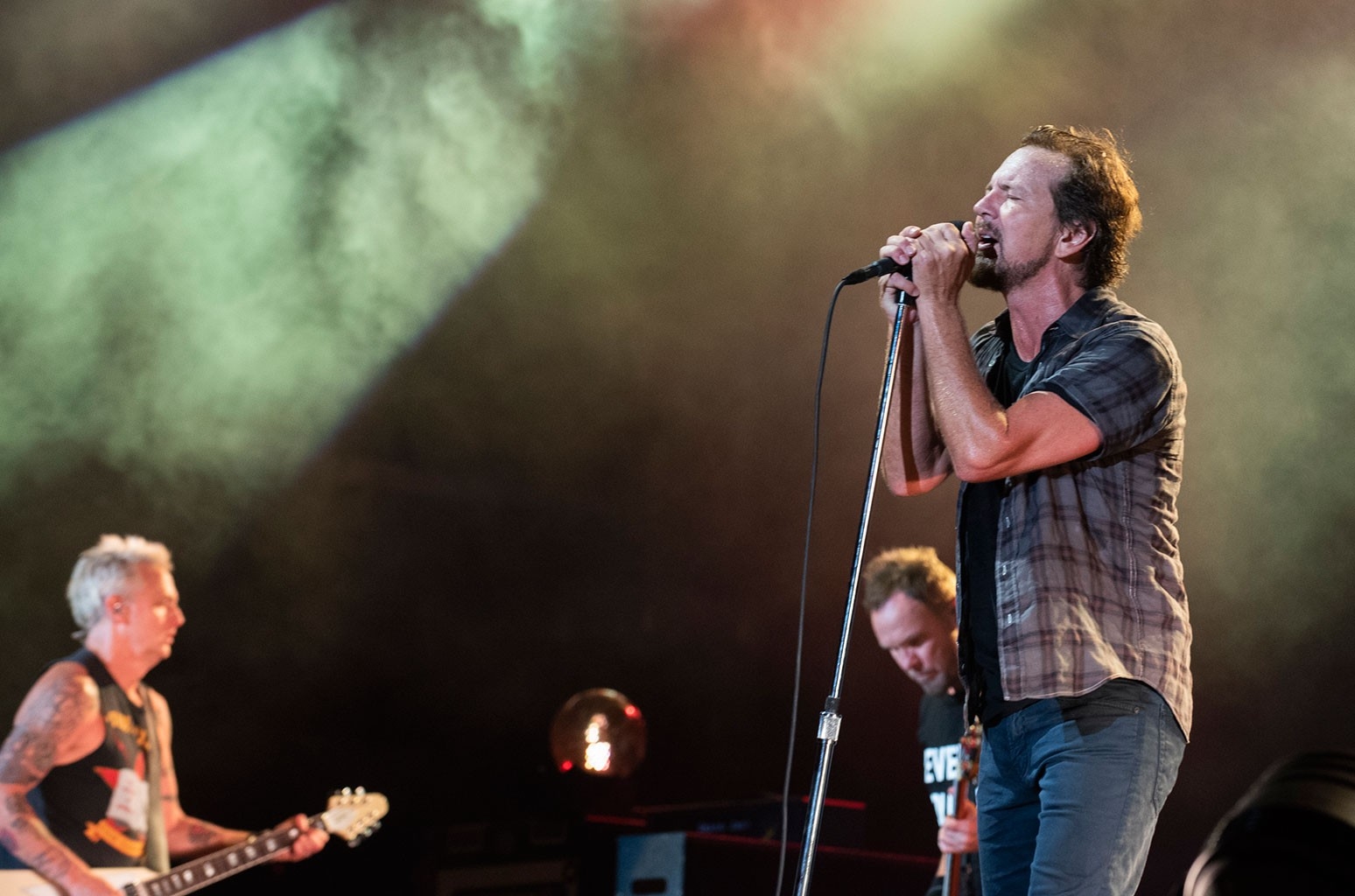 Two (sometimes three) guitarists is good, but four is definitely better. That seems to be what Pearl Jam was thinking when they took the stage for their first time in three years to play songs from their 2020 Gigaton album with a third guitarist joining Mike McCready and Stone Gossard on the six string. Former Red Hot Chili Peppers guitarist Josh Klinghoffer made his live debut with PJ on Saturday (Sept. 18) at the Sea.Hear.Now Festival, where he added guitar, percussion, tambourine and backing vocals during the group's headlining set.

Klinghoffer, who joined the Chili Peppers in 2007 as a replacement for on-and-off guitarist John Frusciante -- and then was relieved of his duties in 2019 when Frusciante returned -- was slated to be the opening act on PJ's postponed 2020 tour. During a monologue to preface the first performance of the Gigaton song "Never Destination," singer and sometime guitarist Eddie Vedder introduced Klinghoffer to the PJ Nation by describing how a missed opportunity turned into a new gig.

"A year and a half ago we were ready to play and we were excited to play. We had new songs to play," Vedder said. "And we were going to start touring quite a bit ... it was one of the inside jokes of naming the record, we called it Gigaton, it's a unit of measurement, but you could also say 'gig-a-ton.' We thought we were going to be on the road for quite a bit."

Then, of course, the COVID-19 pandemic happened and everything shut down. Vedder said the group was excited to go on tour and play the new songs, but also because they had a "great" opener slated to play them on during that run of shows: Klinghoffer's Pluralone solo project. "The opening band was going to be a friend of ours who just put out a great solo record, and we started working with him to also fill out some of the new songs."

And with that, six songs into the set, Vedder introduced Klinghoffer, who he said would be "covering all the bases and filling in some of the words." The 20-song set also included the live debut of "Quick Escape," as well as a tribute to late Rolling Stones drummer Charlie Watts with a quick run through "Waiting on a Friend" during "Wishlist," and a cover of Bruce Springsteen's "My City of Ruins," according to Setlist.fm.

A rep for the band later confirmed to Billboard that Klinghoffer has joined Pearl Jam as a touring member.

Watch Klinghoffer's introduction at the festival below. 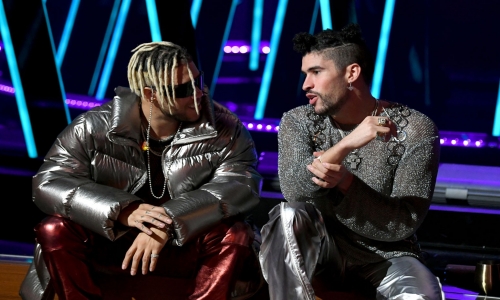 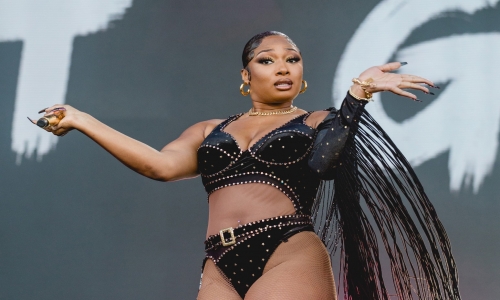 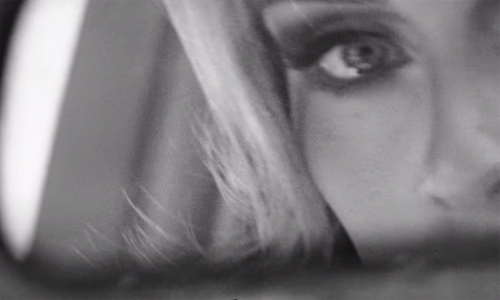 Adeles Easy On Me Single & Video Have Arrived: Watch