Why Latto Believes Her Latest Hit ‘Big Energy’ Was Her ‘Fate’ 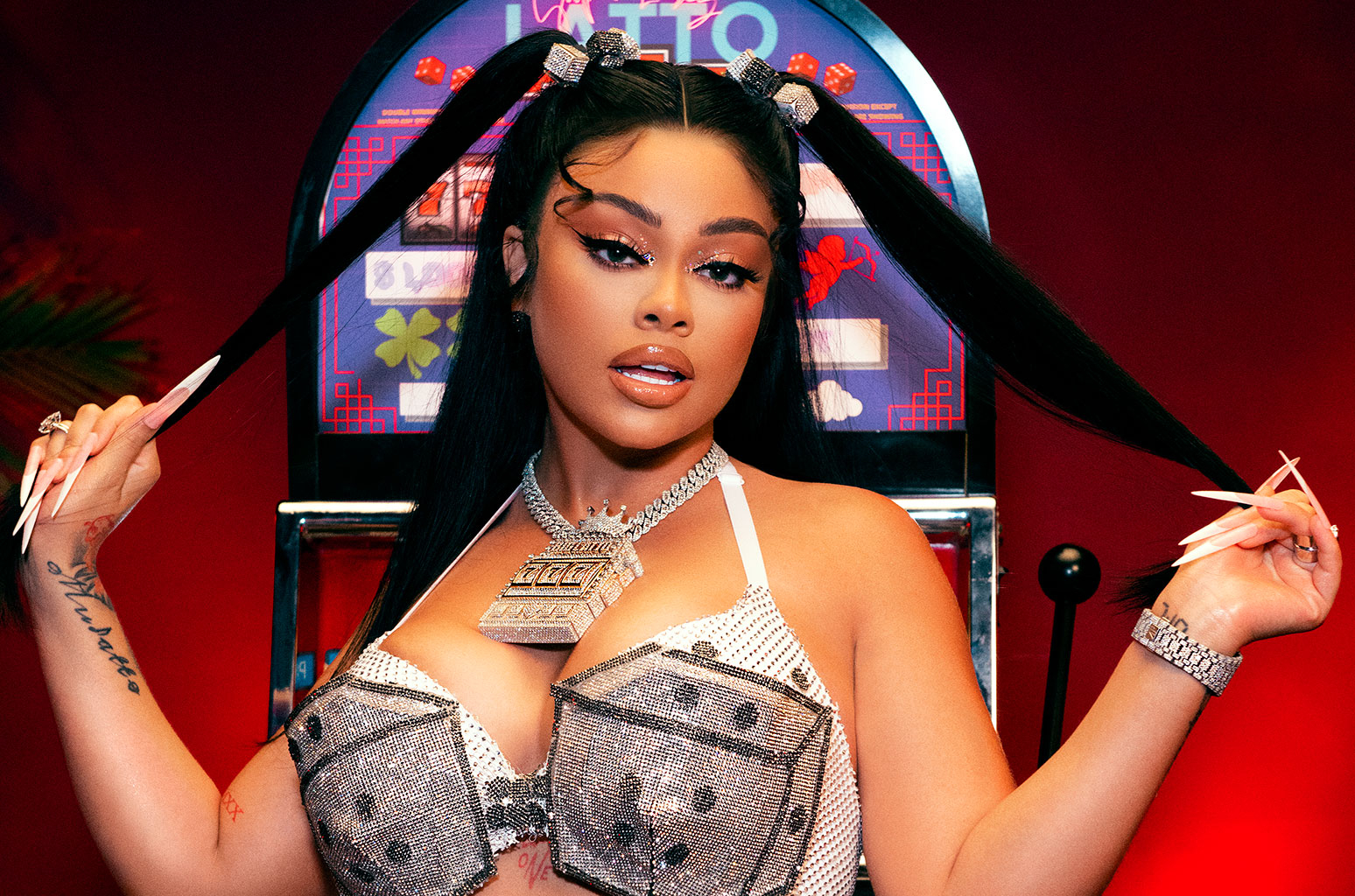 The recipe for success in Latto‘s musical cookbook is a whole lot of hustle and a dash of good fortune.

Without the latter, her single “Big Energy” may have never come to fruition. When the 22-year-old Atlanta native flew out to Los Angeles earlier this year to record and “switch up the scenery,” her A&R representatives were reluctant to share what would ultimately become the track’s groovy beat. But after her manager insisted on giving it a shot, Latto instantly fell in love with it — despite the more retro, pop-tinged production marking a departure from her usual hip-hop blend. “I would definitely say it was fate,” she tells Billboard. “The fact that they weren’t going to play that beat for me, it’s beyond coincidental.”

“Big Energy” has since gone on to become Latto’s second Billboard Hot 100 hit, reaching a No. 76 on the chart earlier this month, and becomes the latest entry on the chart to borrow its groove from Tom Tom Club’s 1981 post-disco smash “Genius of Love.” (Most famously, Mariah Carey’s Hot 100-topping single “Fantasy” utilized the song’s hook and beat in 1995.)

For those unfamiliar with Gen-Z terms, the song’s name is actually derived from the phrase “big d–k energy,” which made its rounds on social media in 2018 to describe comedian and SNL star Pete Davidson in the days after then-fiancé Ariana Grande‘s seemed to confirm that the comedian has a large… well, you know.

The phrase, however, has less to do with specific package size and more with a certain type of oozing charisma and confidence that some men carry. Latto was inspired to expand that personality trait to all genders, and “Big Energy” was born.

Below, Billboard talks with the rapper about the details behind “Big Energy,” what she has in store for 2022, and the power of female collaborations.

How did “Big Energy” come together?

I was in L.A. for a month just to switch up the scenery. I went to the studio one day, and we were working on something else. My A&Rs were like, ‘We have this other beat that we’re going to play, but I don’t think you’re going to like it.’ So they kind of skipped over it — [but] my manager was like, ‘Play it because she might like it.’ I fell in love with the beat. It’s crazy to think that they weren’t even going to play the song that’s getting all this attention. I tried it that night. It was very different for me and definitely took me out of my comfort zone, [but] I didn’t give up. I tried it three different days before I was in the pocket with it and got in my zone — but when I did, it was up from there.

Do you think it was fate that they ended up playing the beat or do you not really believe in that stuff?

I would definitely say it was fate. If it is meant to be, it will be, regardless. Trying different sounds and not giving up is the most important thing. You just have to be patient. Music is not always going to be a mechanical math equation, where it’s one plus one equals two. It’s not always that simple. It’s all a matter of not giving up, with a little bit of fate. The fact that they weren’t going to play that beat for me, it’s beyond coincidental.

Did you know it was going to be a hit once you found your zone?

I did. I’m young, and I wasn’t aware of the [“Genius of Love”] sample. I just knew that it was a trap-pop blend. When they told me about the sample, knowing that it was a new sound for me, I knew it might cause controversy — but it’s so catchy at the same time. It might catch [listeners] off guard at first, and then they’d fall in love with it. I knew it would bring a new audience and fanbase to my career. I knew it was going to be [doing] what it was doing, to be honest.

It’s definitely one of those songs that even if it doesn’t grab you at first, you find yourself singing it later because it’s so catchy.

Yes! Even when I left the studio, I hadn’t even caught the vibe of it yet, but I was humming the hook. I was like, “I can’t let this go! I can’t give up on it.” It was stuck in my head for a reason.

Was the song a collaborative effort or did you write most of the lyrics yourself?

It was definitely collaborative. I had to have a lot of people in the room and bounce ideas off of each other. It wasn’t a sit-down-and-write type of thing. It was more just talking out loud, playing the beat out loud. It was a lot of different opinions, even from people who aren’t rappers. My assistant was throwing ideas at me, and I was asking the girls in the room, “What does big energy mean to you?”

The saying was originally a funny thing on Twitter, but it can be bigger than a trendy quote. It can mean something. It can be empowering. So the studio session was all friends [with the] hookah going and Casamigos pouring! Do you know?

I like that you were asking opinions from people who aren’t musicians because it’s giving you a consumer perspective, or what your fans who aren’t in the music industry want to hear.

Exactly. I have a little sister who’s 19. She’s in college and the ideal demographic. I keep her real close in the recording process to keep me hip.

You mentioned asking your friends what “Big Energy” is to them. What does it mean to you?

I basically took this masculine, trendy “big d–k energy” quote from Twitter and made it a thing where all genders can have “big energy” and take it deeper than just [something] sexual. I wanted it to be empowering. It’s an aura that you carry and confidence. It’s just an overall vibe and when you walk in the room, you have “big energy” and no one can tell you otherwise. It’s an uplifting thing and turning a funny quote into something positive.

Tell me about clearing the “Genius of Love” lift. Was it a difficult process?

You know what? I don’t like to stress myself out with the technical side of stuff. My A&Rs hate that. They’re like, “No, Latto! We gotta get this song cleared!” And I’ll be like, “So what? Let’s get it cleared.” I’m sure it was hard, because it took months to get cleared before we could shoot a video or talk about a rollout or release. I’m sure it did take longer, but I like to stay artistic and worry about my job. Going back to fate, if it’s meant to be, it will be. But I’m not going to hold myself back artistically or musically because something on the business side might not work out.

What do you have in store over the course of the next year?

There’s definitely an album coming soon. These songs that I’m dropping are going to be on the album. I’m just giving a little tease of the variety and diversity in the music, and how much I’m growing as an artist. I’m exploring new beats, production, and challenging myself. I’ve been rapping since I was eight years old, so the sound that [my fans] know me for, I’m comfortable with it. That’s my comfort zone. I don’t want to put a ceiling on myself, so I’m switching it up and exploring new things, like “Big Energy.” I’m ready to grow and elevate.

“Big Energy” is bringing in new fans who might not have known you before. What is something that you hope they see about you when discovering you for the first time?

The main thing that I like to push on my fans — or even if you’re not a fan and just tuned into my career — you can like the music or not like the music, but I want you to appreciate my come up, my hustle, my grind, my dedication to what I do. The proof is in the pudding. If you put your mind and hard work and prayer into what you do, it will happen. I’ve been doing this since I was eight years old, and I’m watching my dreams unfold. If eight-year-old Latto saw me being on Billboard — that’s huge to me. I would never take that for granted because these are things that I worked to accomplish. The biggest thing I want them to take from me is if they stay down, the come-up is near.

Lastly, you’ve already worked with amazing collaborators. Who is someone you’d love to work with next?

Oh my gosh, there are so many good artists right now. Nicki Minaj is my ultimate dream collaboration. That would be number one. I love Megan Thee Stallion. I would love to do a song with Megan, Cardi B. I’m really gunning for all the girls. We’re stomping and stepping through the industry right now. It’s a whole wave. To see us collaborating, and see the music videos with us interacting and just being together — I think the fans see that it’s deeper than music. They see what women can do when we come together. It’s bigger than the music.

A version of this article originally appeared in the Nov. 20, 2021, issue of Billboard. 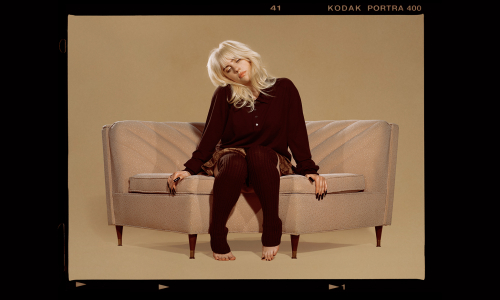 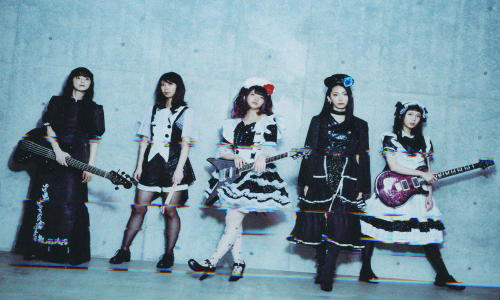 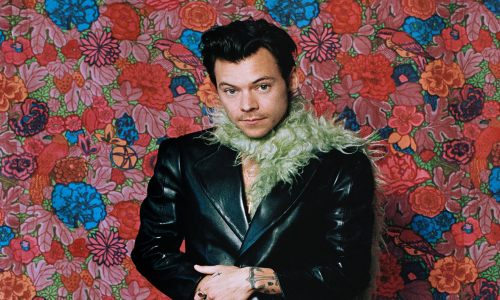 Harry Styles Bids Farewell to His Love On Tour: ‘Goodbye for Now’