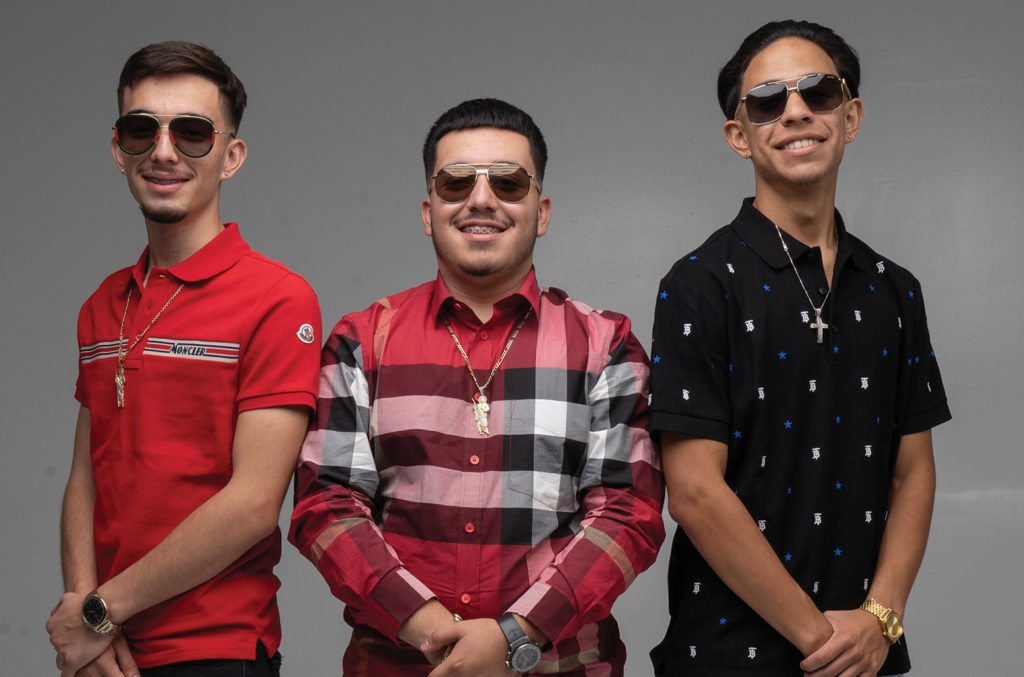 This April, rising regional Mexican trio Eslabon Armado scored its first top 10 entry on Billboard’s Top Latin Albums chart with its debut, Tu Veneno Mortal. Less than three months later, the act released its second album, Vibras de Noche — and it shot to No. 1. Perhaps most impressive of all: the back-to-back achievements occurred just one year after the group — whose members are all under the age of 20 — formed in Northern California.

Pedro Tovar (18, lead vocalist and songwriter), along with his brother Brian (17, bass and bajaloche player) and friend Gabriel Hidalgo (19, harmony and background vocals) first started playing together in 2019. The Tovar brothers kept running into Hidalgo, who was in another band at the time, at a handful of hometown tocadas (gigs), playing mostly weddings and quinceañeras. After learning Gabriel was familiar with their music, they asked him to join.

The trio soon after started recording its 10-track debut album in the Tovars’ home garage. But after signing a recording contract with DEL Records in April 2019 the trio graduated from its makeshift studio and traveled 300 miles south of their garage to record Vibras de Noche at the DEL Records’ studio in Bell Gardens, Calif. “Production wise, we were super demanding in defining the sound we were looking for,” says Pedro of the band’s identifiable fusion of traditional acoustic guitars with the electric bass.

Now, as Eslabon Armado joins the ranks of a new wave of young corrido singers in the U.S., their bet on traditional sierreña music has so far paid off. Since forming, Eslabon Armado has raked in 343 million on-demand streams, according to Nielsen Music/MRC Data. And even after releasing two albums this year alone — which they promoted with drive-in concerts in Texas earlier this month — and with Brian now taking online classes, the trio doesn’t plan on losing momentum. “We’re taking [the next project] slow,” says Pedro, who debuted atop Billboard’s Latin Songwriters chart this August, “but it would be cool to drop a new album soon.”

A version of this article originally appeared in the Oct. 17, 2020, issue of Billboard.