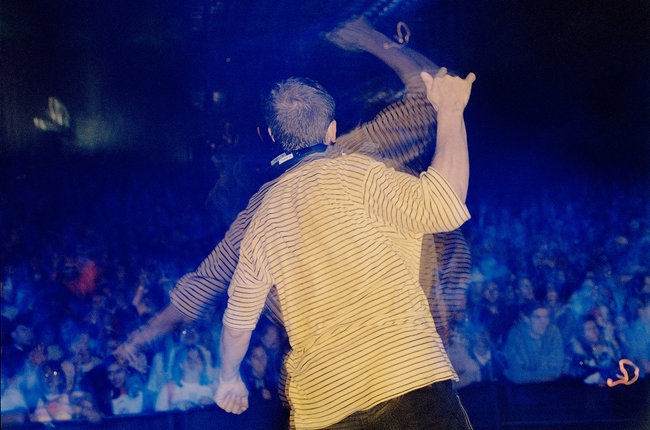 If you remember everything that happened at Organic ‘96, you probably weren’t there.

On June 22, 1996, roughly 6,300 music lovers looking for that feeling found it at Organic, a groundbreaking electronic music festival that helped set the stage for the meteoric rise of music festivals in Southern California and beyond.

The single-day event hosted the era’s biggest, most boundary-pushing live electronic acts, including headliners Underworld, Chemical Brothers, Orbital and The Orb, who all played on a main stage in the San Gabriel Mountains 100 miles east of Hollywood. Attendees—from artists to fans to the organizers that would in time become architects of the local and national festival scene—might not be able to recall all the details, but everyone who was there will attest that, on that summer day, Organic shaped music history.

In 1996, many music fans were yearning for our generation’s Woodstock, but by the ‘90s, the U.S. music industry had exchanged open fields for stadium and amphitheater shows. With exceptions like Steve Wozniak’s Us Festivals in 1992 and 1993, stateside festivals were touring entities: Lollapalooza launched in 1991, followed by Warped Tour in 1995.

Meanwhile, dance music culture grew in secret outside of the confines of traditional venues. In Los Angeles, DJ-driven underground house music parties grew into multi-room raves showcasing myriad styles. In time, these raves grew into larger massives: young promoters, label heads, magazine publishers, flyer designers, lighting designers and DJs were all learning on the job. Few people had a foot in both the loose dance underground and the established rock industry.

The exception was Organic producer Philip Blaine, one of the rave scene’s voices of experience. His company Kingfish produced L.A. dance shows in legitimate venues -- places that sold tickets through Ticketmaster. He had a vision, friends in the traditional music business and the prescience to build a dream team for Organic. One of the friends Blaine recruited was Paul Tollett, now the President of Goldenvoice.

“If I had to break it down,” Tollett says, “I’d say [promoter] Gerry [Gerrard] had the acts, Phil had the concept and Pasquale [Rotella] had the marketing; he used to pump out a million flyers. I had the money and [John] Boyle had the venue. At the time, none of us knew those were our roles; we were just promoting the show together.”

In the mid-90s, Los Angeles raves occurred largely in depressed neighborhoods on the perimeters of downtown, where ravers often had their car windows smashed and valuables stolen while they partied. Other raves found temporary homes in San Bernardino landfills, Native American reservations and desert wastelands. These events attracted all kinds—dance music heads, music journalists, scenesters, college students, drag queens, drug dealers, drug seekers and criminals who robbed altered ravers at gunpoint. This violent presence triggered the defensive line printed on Organic’s flyer, “Come in peace or don’t come at all.”

Understanding the importance of setting the feel of a festival with a special location, Blaine and his manager friend John Boyle worked out a deal for Organic to happen in a place more forest than urban jungle. Despite raves’ outlaw reputation, Blaine had convinced the management of the Snow Valley Ski Resort in Running Springs, Calif. to trust him and his friends -- and 6,000 of their friends -- to erect four stages and blast dance music until sunrise, at least.

With Organic, Blaine, Tollett and company would literally elevate dance music shows from sea level to 7,000 feet, while putting the SoCal scene into alignment with the U.K. dance festival culture so many L.A. locals admired.

But first, organizers had to get fans up the mountain. Reps from Insomniac, then a nascent rave promoter and now one of the world’s leading dance music festival producers, handed flyers to people leaving raves and concerts and also left stacks of them at record stores like Beat Non Stop and Street Sounds. Jason Bentley promoted Organic on his KCRW and KROQ shows, and the event got traction on SoCal Raves, an early Internet forum focused on rave culture.

Organic’s oversized flyer featured clean, natural graphics that stirred campfire memories with images of a ladybug and forested mountains in a vast liquid sea. The design from Roger Parent, with help from Simon Chan, marked a departure from the hyper-bright flyer art then dominating the scene.

"It was the first festival of its kind in America that shined the spotlight and devoted its entire line up to electronic artists," says Sioux Zimmerman, the publicist of record for all of the headlining acts and an early champion of electronic music.

Almost every one of the headliners had released groundbreaking albums in 1995 or 1996: there was the Chemical Brothers debut Exit Planet Dust in the summer of 1995, Orbital’s melodic techno In Sides double album in 1996, Underworld’s moody techno vocal albums Dubnobasswithmyheadman in 1994 and Second Toughest in the Infants in 1996. Danny Boyle’s 1996 film classic Trainspotting featured “Born Slippy,” cementing the Underworld’s star status. The Orb released Adventures Beyond the Ultraworld in 1991, but their underground anthem “Little Fluffy Clouds” was still resulting in thousands of trips in ‘96. These albums served as the soundtrack for the summer of 1996.

“It was an amazing, one of a kind lineup,” says Bentley. Along with it came an elaborate main stage with Turbo sound: for the first time, Organic presented dance music with high-level rock and roll-style production. “Phil had contacts, experience and trust among that scene,” Bentley continues. “He knew these grizzled old rock veterans, and they liked him; he had a new vision.”

After months of anticipation, actually getting to Organic required a two-hour drive that traded L.A.’s choking smog and freeway traffic for winding mountain roads and fresh, pine-scented air. Many attendees used the festival as an excuse to rent a house and spend the weekend in the mountains. For the first time in SoCal, going to a major dance music event required leaving home for a picturesque somewhere else. Fans were on vacation, and certainly for many on this trip, a feeling at least partially attributed to the MDMA, mushrooms, acid and twinkling stars.

“It was uncharted territory, everyone going up there,” notes Tollett. “Organic had a feeling California had never had up until that point. It wasn’t just DJs, it [was acts that] felt like bands, and it had a significant feel.”

The main stage served as the primary hub. Once the gates opened, many conversations started with, “Who are you most excited to see, and when are you going to take your drugs?” For many, Underworld was the answer to both questions. “For me it was an absolute thrill to do the intro for Underworld,” Bentley recalls. “I could have died right there and been happy.”

After the Chems’ set, the “Satan, Satan, Satan, Satan, Satan” opening of Orbital’s slinky track “Satan” blasted through the sound system as the band shifted the ambience gears from loved-up to full-on darkness. Temperatures dropped to the low 40s, so cold that people used bathroom handwarmers to warm up. Others turned to more drugs, more dancing and closer quarters with friends. The Orb’s freezing dawn set tested the crowd’s limits, but harmony prevailed as the lightening blue skies mirrored the lyrics of “Little Fluffy Clouds.”

Organic featured the era’s best live acts and DJs in dance music, a major-rock concert stage production, an all-night permit and a world-class outdoor venue. As producer, Blaine assembled these elements with an elegance that had eluded the region’s dance scene. Combined with the raw beauty of the surrounding wilderness, Organic had become legendary before the sun rose. Everyone in attendance could feel something special happening. Meanwhile, the underground went mainstream as KROQ broadcast Organic live.

“What you were left with after attending Organic,” says Roker, now President of AEG Studios, “was that this [event] showed there was real promise that an industry could take shape here. We saw a snapshot of what a festival culture could be.”

Indeed, Organic’s impact resonated long after woodsy silence replaced the thumping of bass. With the festival came an expanded vision for how music could be presented—for major audiences, with major acts, in a beautiful, outdoor legit venue with world-class infrastructure. Shades of Organic are visible in festivals that grew out of the L.A. scene, including Insomniac’s EDC Las Vegas, which now sets attendance records while pushing production limits every year. Tollett’s decision to ditch the ticket booth also proved sound. When he launched Coachella in 1999, he booked the Chemical Brothers and Underworld to headline alongside Rage Against the Machine, Tool and Beck. Two decades later, Coachella features two stages dedicated to dance music.

Many other Organic organizers and guests went on to careers in the burgeoning U.S. dance music industry, shepherding its growth from the underground through the EDM boom as journalists, publicists, producers, promoters, radio hosts and ride-or-die fans. Everyone at Organic knew something new was developing that day on the mountain. Some people missed the show, and others were simply born too late to attend, but the millions of fans that have attended the festivals that took shape in its wake have inadvertently felt Organic’s legacy. 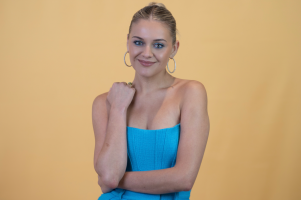 For Naomi Judd's Family, Tour Is A Chance To Grieve, Reflect 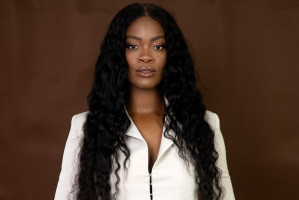