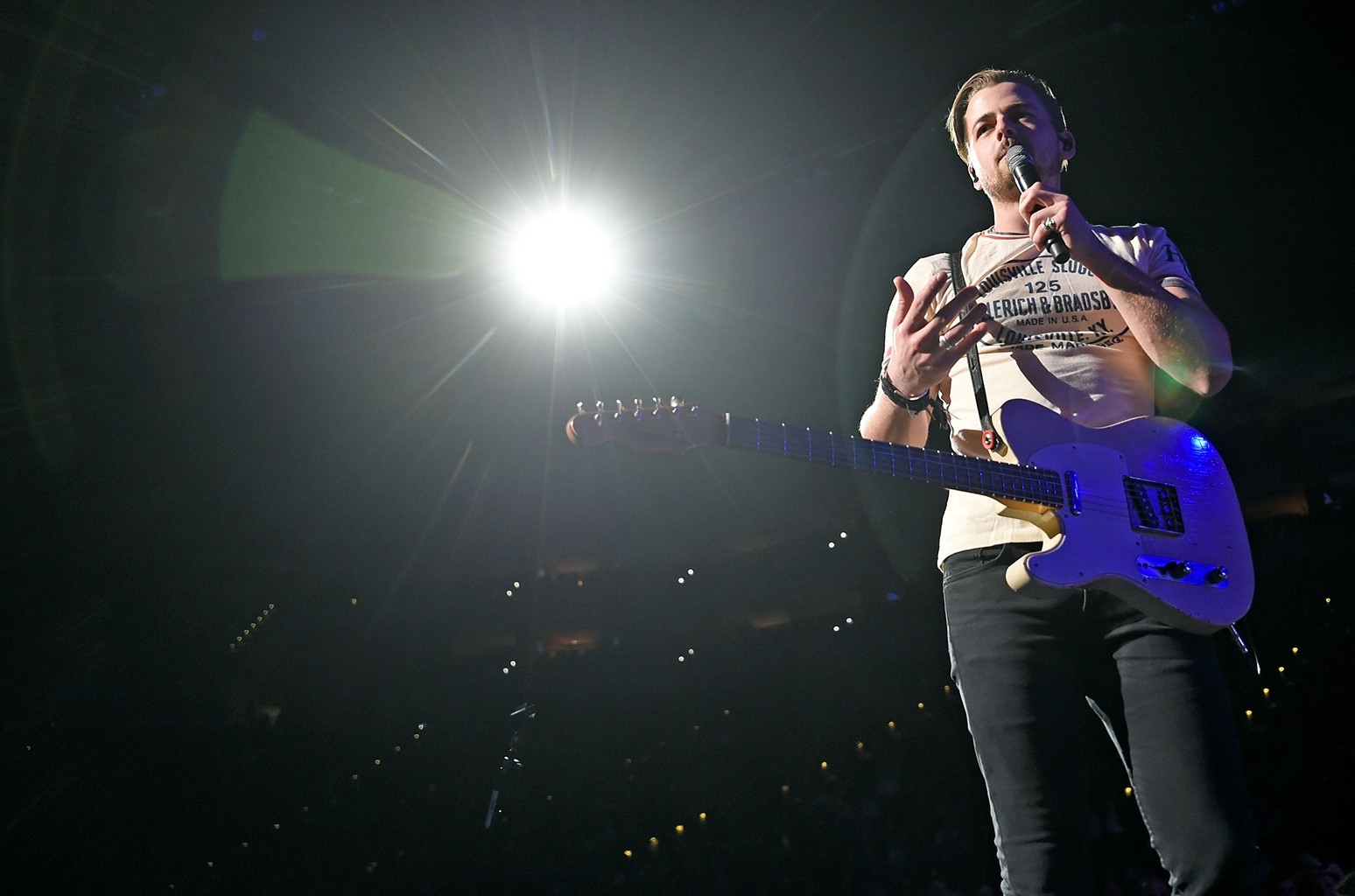 This story contains details of a suicide attempt that may be triggering for some.

Chase Bryant is ready to drop his first full-length album, and is reflecting on a time where he didn't expect this day to come.

In a heartbreaking and candid interview with People, Bryant recalled his 2018 suicide attempt, when he grabbed his loaded .357 revolver, got into his truck, wrote a note to be left on the passenger seat and drove to a Nashville gas station.

"I just wanted to make it quick," he told the publication. "I just thought, 'I can't do this at my house.' My parents were staying at my place. I couldn't let them see that."

Bryant's prayers were answered in the moment, because when he looked down to see why the revolver didn't fire, he noticed that the chamber only had five out of six bullets in it -- the one that would have ended his life was missing.

"So, when I looked at it at that moment, it was like, life's too short, don't make it any shorter," he said of the miraculous moment. "It ain't worth it. We all have something to be thankful for, right? Looking back at it now, it's so weird. You're so dark and then all of a sudden you're like, 'OK, I got to get my s— right so I can help somebody else.'"

The country singer then entered Rolling Hills Hospital, a psychiatric and substance abuse treatment center, and received help. Nowadays, he's gearing up for his debut album Upbringing, his first project since his 2014 self-titled EP.

Looking back at the years after his EP's release, Bryant is aware of how his mental health was affected. "I want to say it was right after 'A Little Bit of You,' which would have been, God, probably 2016," he said. "That was when things just sort of started to change for me, and I could feel that change coming on. And I think it was because I was having success as somebody that I really wasn't."

"I was chasing success… I wasn't chasing happiness," he continued. "I was trying to be something I wasn't. I was just being who they told me to be. I was doing what they told me to do, and that was somewhat easy at the time because everybody was filling me with this gratification, and I never really had had that from anybody. I never felt that feeling."

The singer now wants to be "that one empty chamber for somebody" else. "I want to be that one shot of fulfillment or hope," he explained. "I hope that this takes that bullet out of somebody's life. I hope this takes it away. Maybe somebody sees this, somebody that's going through something and says, 'You know what? There is hope,' because there really is."

For Bryant, that hope is the colors of a Texas sunrise and the love he feels for a new girlfriend. And while he no longer drives that truck from 2018, he still owns the gun. Recently, he found one .357 Magnum bullet in the back floorboard of his new truck, which he believes is a sign. "Now I'm not scared," he said. "I realized everything happens for a reason. There is a purpose. It's like God said, 'Here's your second chance.' It's the best second chance I've ever been given."

"Now I get to, hopefully, one day have kids of my own and raise a family of my own. And there's a lot to be thankful for," he concluded. "And I'm just thankful that I made it out of that night."

Bryant's title track off his upcoming album, "Upbringing," is out Feb. 26.

If you're thinking about suicide, or are worried about a friend or loved one, contact the National Suicide Prevention Lifeline, available 24 hours, at 1-800-273-8255.

About the author: Rania Aniftos Contributor